Today, the Colorado Supreme Court ruled 4-3 that decisions of the Independent Ethics Commission (IEC) to dismiss a complaint as frivolous are not subject to judicial review. The ruling overturned a Denver District Court judge’s determination that a suit by Ethics Watch challenging the dismissal of a complaint against Elbert County Commissioner Robert Rowland, for voting to spend county funds on an appeal of a campaign finance award against him personally, could go forward. The Court ruled that a state statute authorizing judicial review of “any final action” by the IEC on a complaint could not constitutionally reach decisions by the IEC not to proceed on a complaint because the legislature does not have power to enact such a statute and because the IEC is barred from disclosing a complaint ruled frivolous even to a court.

In dissent, Justice Richard Gabriel stated that “the majority’s opinion undermines a primary purpose of the IEC, namely, to preserve public confidence in government.”

Ethics Watch Director Luis Toro issued the following statement: “Obviously we are disappointed with today’s decision. Notably, the Supreme Court did not rule that the IEC was correct to dismiss our complaint; they merely held that the action was beyond judicial review. The Supreme Court has granted sweeping power to the IEC; we can only hope the Commission uses this power wisely.” 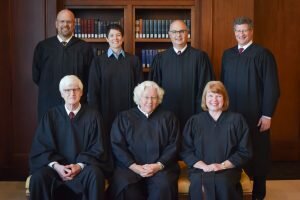