Divided state legislature has been on a bill-killing spree

The beginning of Colorado’s legislative session is a time of births and deaths — of bills that is.

With a divided legislature, both parties’ bills walk the plank early in the session, which began Jan. 13 and runs through May 11. As some might remember from their school days, a bill is first introduced in either house, where it is assigned to a committee by either the speaker of the house (in the House) or the senate president (in the Senate). The committee can then approve the bill, amend it, or ditch it. That happens before a bill is ever called up for a vote by the full House or the full Senate. Thus, bills that hold no appeal for the controlling party (or bills whose sponsors hold no appeal) often find themselves assigned to a “kill committee” where they are promptly “postponed indefinitely.” Here are some things to look for in a dead bill. 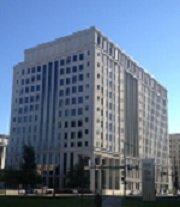